Posted by Maria Gola | For Men, How to, Pornography Facts, Prevention, Recovery
Reading Time: 5 minutesThe list of high-profile men being accused of sexual misconduct keeps getting longer and longer and it's starting to freak me out. It's one thing when it's the cliché slimy politicians who you assumed have been doing that kind of thing all along, but it's another when it's comedians you grew up watching, musicians whose songs you've rocked out to, or the creators of and actors in your favorite movies and tv shows. I feel like Keith David's character in They Live. It's like "Rowdy" Roddy Piper is trying to get me to put on the sunglasses and I'm willing to get the ever loving crap kicked out of me to avoid putting on those things on, because I know when I do, I won't be able to see things the same way ever again. It'd be easy to ignore all of this and go about my business, but I can't do that anymore. 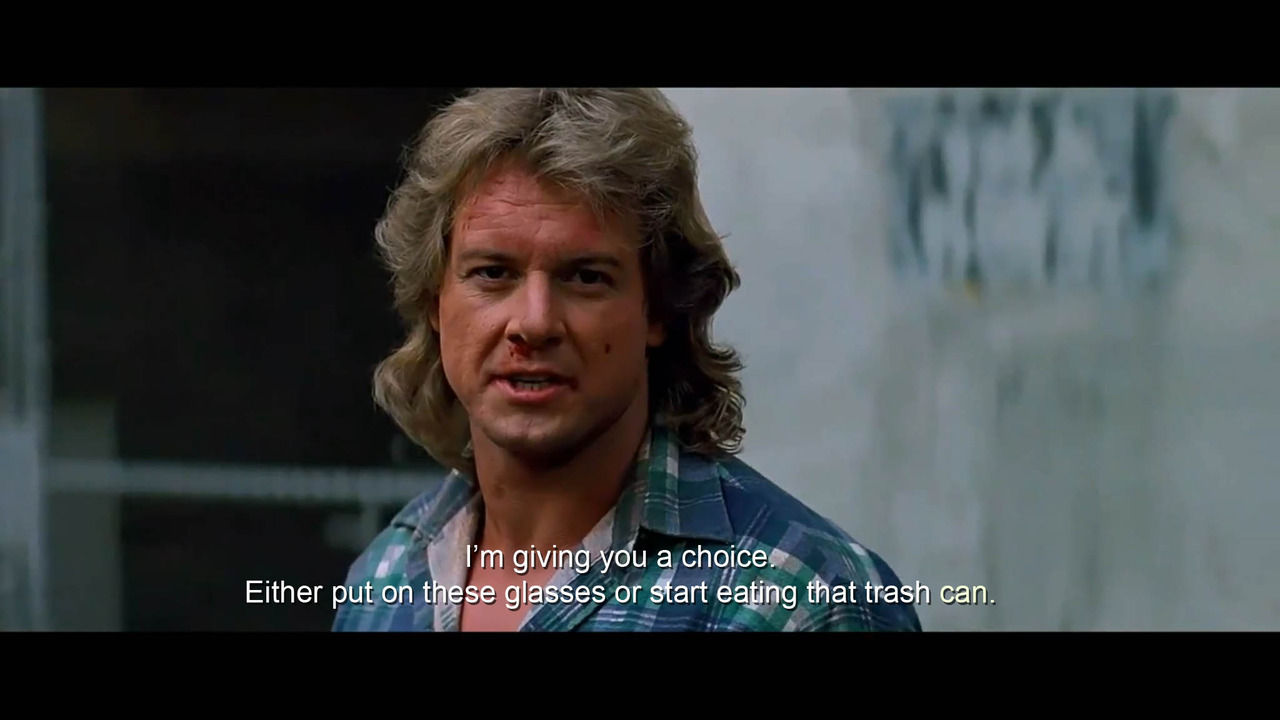 There is a problem here, and I don't know how to fix it. That scares me.Not to oversimplify things too much, but to me, the problem is that women are too often seen as objects; things to possess to make a man feel better about himself.Where does this objectification come from? Well, a lot of places. And I do mean a LOT. But we can't ignore the fact that pornography is one of the worst offenders.This is not to say that porn is the direct cause of all sexual harassment or violence. It's one of many factors, but one that should not be ignored. When interviewed about her experiences, Elizabeth Smart said that porn made her "living hell worse." While her traumatic experiences perpetrated by an extremely disturbed individual may have occurred regardless of porn use, it intensified what was already going on and certainly didn't help matters at all. Porn Only Exists to ObjectifyNow, don't get me wrong. I don't think men are viewing explicit images with the intent of hating women. Not at all. Objectification is, however, a byproduct of the porn use. Like many things on the internet, viewing pornography provides a thin veil of unreality, where we see things without the emotional attachment of reality. This is the same thought behind internet trolls. We say things on the internet that we would never say to someone's face because we don't see them as real people. After repeated action, some of this bleeds into reality. Not all at once, but bit by bit. We might say a disparaging comment to a coworker about his political opinion because we've said the same thing to strangers online multiple times. By applying that same logic, perhaps casual sexual harassment, whether it's catcalls, inappropriate touching, or even dirty jokes or stories becomes easier to stomach after repeated exposure to women as objects.Most if not all internet pornography is not art, nor does it possess any cultural value. Its sole purpose is to present an image that will lead to self-gratification. It often accomplishes this by catering to a man's more base desires: dominance, power, selfishness, and sexual release, all at the expense of a woman. Making the connection between repeated viewing of these images and the tendency to view women as objects seems obvious. There have been several studies highlighting the relationship between the two, but there are arguments to be had on both sides. While some believe that the connection between the two may be exaggerated, as stated above, it's certainly not doing anything to erase the problem with objectification of women..But there are things that can help.Rediscovering Empathy"How would you feel if someone did that to you?"Do you remember hearing this line from your childhood? Even though most of us were taught from a young age to treat others in a way that we would want to be treated, it sometimes gets lost as adults. Empathy is the realization that other people have feelings just as real and deep as our own, and making an attempt at understanding them. Empathy is what fuels the connection between us.Empathy is the direct opposite of objectification.Having empathy and recognizing women as human beings shouldn't be difficult. The harsh reality is that we have been surrounded by objectified women in popular media and pornography our entire lives. We have been conditioned to see women as things to possess, symbols of wealth and status, and prizes to be won after an adventure.

Rocky didn't even have to win to get his girl. What gives?

We see a slightly watered down version of this throughout popular media, but pornography takes it up a notch.Studies have shown that when observers are presented with a sexualized image of a woman in pornography, she becomes less of a human and more of an object in the eyes of the observer.Once more for those in the back:

Women are not objects.

Men are not objects.

So how do we change this? How do we even begin to reject an idea that is being pressed upon us from every angle?It's not something that will change overnight, but here are a few tips to help you get started.Quick List of How to Treat Women as Friends Instead of Objects While it may feel like we've come a long way since the days of prevalent Mad Men-esque sexual harassment, we obviously still have a long way to go. Keep using a critical eye when viewing media, and let go of the pornography that serves to turn human beings into nothing more than flimsy imitations of reality. Change can and will happen, but it's up to all of us to help it along the way.