But he wasn’t happy. In fact, at the height of his career, Josh was deeply depressed.

How it all started

Josh grew up in a small town in South Carolina. “It was so small we didn’t even have a hospital, so I was born in the nearest big city,” he says. Josh’s mother was 16 years old when she had him. His father lived in the same town but wasn’t in the picture.

“I would see my dad around town, like in the grocery store or at events.” Even though Josh’s dad never said hi, Josh still felt the need to prove himself. “Like maybe I wasn’t enough, otherwise, he would be in the picture.”

Josh’s mother was able to provide for Josh and give him plenty of opportunities. “She must’ve worked like 60 or 70 hours a week.” Josh played basketball, baseball, and even got into modeling when he was 14. When he went to college, Josh continued modeling on the side.

After two years of college, Josh decided to change plans. “I was having a lot of success in modeling. But logistically, I needed to be closer to all of the opportunities. So I sold my Jeep Cherokee, took all the money I had, and moved out to Hollywood.”

“I thought, This is going to be easy!” But for Josh, Hollywood turned out to be anything but easy.

At first, life in Hollywood was great. Josh was meeting exciting new people, enjoying parties, and living comfortably. Then he started running out of money. 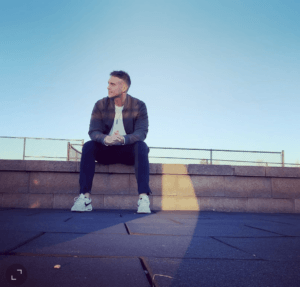 “And just like that, five years of my life was gone.”

“It was relentless. Once I signed, they took advantage of my need to prove myself and kept having me do more and more scenes.” Eventually, Josh was working about 20-25 times per month. Because of his diligence and drive, his success and fame began to grow. After five years, Josh had appeared in more than 1,000 films. “I was making good money. Really good money. More than most men in the industry ever make.”

But for all of his “success,” Josh began to realize that he was far from happy.

The shame began to creep in, and Josh started losing sight of who he was. “I saw myself as an object, only good for selling sex,” says Josh. He would get recognized in public and found himself struggling to even make eye contact with strangers.

In the last six months of his career, Josh was at an all-time low. “I would come home from shooting a scene, wash my hands, and look at myself in the mirror,” says Josh. “I had no clue who I was or who I’d become.” Slowly, Josh sank into a state of intense depression.

“Yeah, I kept working, but I was on autopilot,” says Josh. “What I was doing wasn’t real sex, and it was definitely not real intimacy.”

One day, Josh realized he couldn’t go on. “I wanted to die,” says Josh. “I didn’t know if there was a God, but I prayed to him asking him to take my life.” It was then that Josh realized he had to get out. So he called his agent, quit, and left Hollywood to start over.

It took years for Josh to adjust to a normal life. He would start a job at a gym or shelving at a grocery store, and someone would always recognize him. No matter where he went or what he did, his past continued to follow him.

“I would date girls, then they would find out who I was. And then it would be over.”

One day, Josh met a woman who didn’t go anywhere. “I thought she was perfect, and I mean perfect. And I couldn’t lie to her.” So Josh told her about his past, who he was, what he’d done. But instead of running, she pressed deeper. She asked questions, brought down his walls, and cared for him even more. “I realized that someone could love me for who I was,” says Josh.

Josh eventually married this woman. Together, they started a new life, a life where shame had no place. 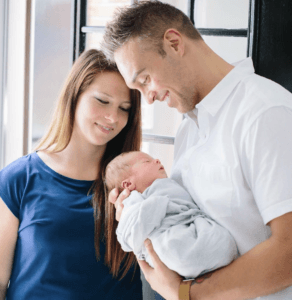 The power of accountability

Accountability includes creating boundaries that make it easier. “For me, I don’t sleep with my phone in our bedrooms upstairs,” says Josh. “I plug it in at night and it stays downstairs.  Because why open the door for something to destroy you if you can remove it?” It may seem like an inconvenience, but Josh considers his new habits an easy trade for a better life.

How YOU can find hope

“Celebrate how far you’ve come each step along the way,” says Josh, “Because there’s nothing better than being free.”