Posted by Julia Daniels | For Families, For Men, For Women, How to
Reading Time: 14 minutes

Regrets and guilt? These two emotions are fruits of our own actions and choices. That’s why there’s a huge #noregrets movement. In contrast to this, we experience disappointment and shame due to things that have happened to us. Circumstances beyond our control are part of the dance of life.

Fighting pornography matters to society as a whole.

Perhaps you’ve even been guilty of sexting and are dealing with a load of guilt and regrets.

For personal growth to happen, first rid yourself of a fixed mindset — a belief that you are who you are, and you can’t change.

Instead, cultivate a growth mindset full of hope and belief that you can change. 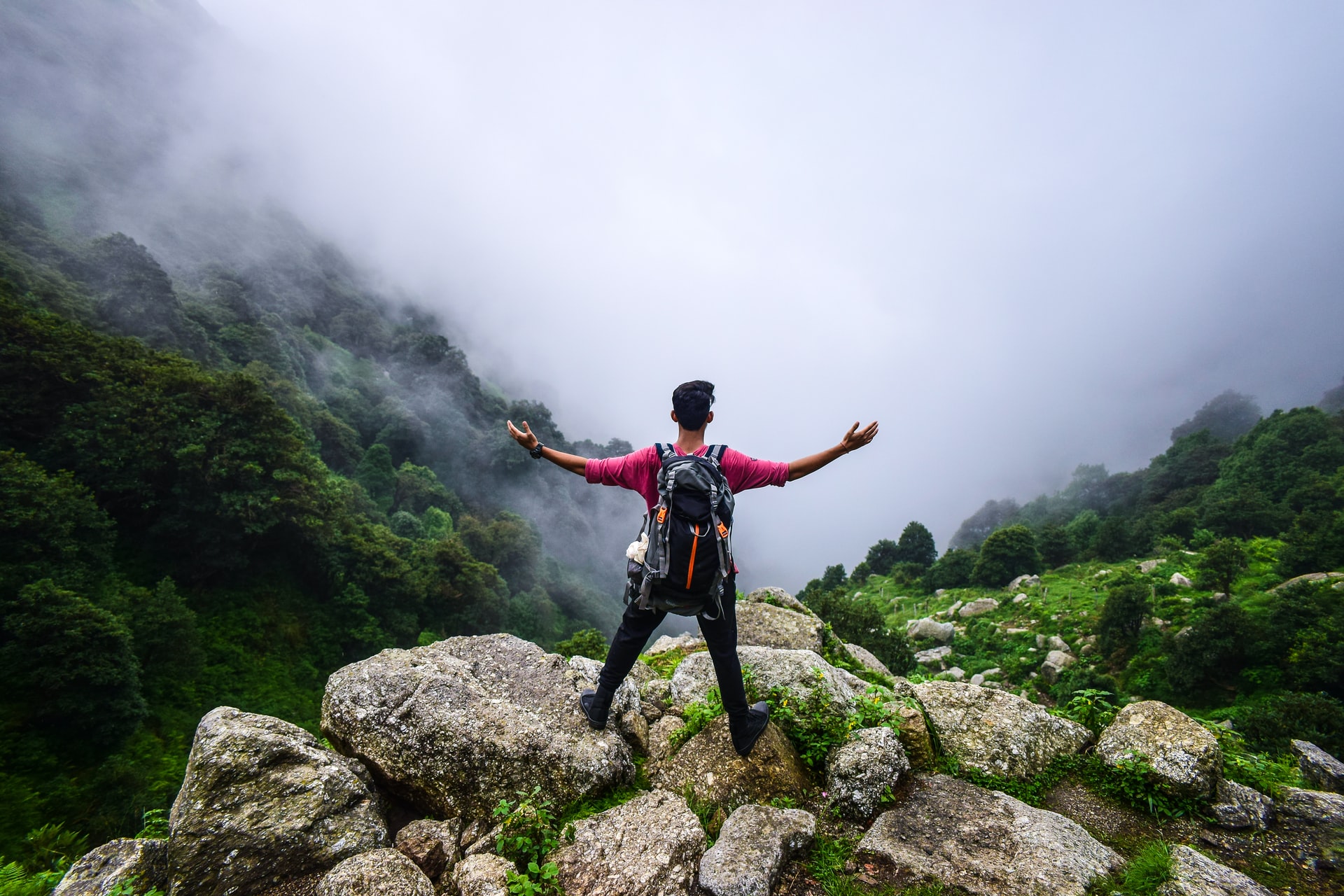 How committed are you? A warrior who plans to win a fight must be “in it to win it”. Are you willing to give 100%?

Put living a porn-free life on your long-term goals list. Just like anything else worthwhile, reaching this goal could require strenuous effort.

“The credit belongs to the man who is actually in the arena, whose face is marred by dust and sweat and blood; who strives valiantly; who errs, who comes short again and again, because there is no effort without error and shortcoming; but who does actually strive to do the deeds; who knows great enthusiasms, the great devotions; who spends himself in a worthy cause; who at the best knows in the end the triumph of high achievement, and who at the worst, if he fails, at least fails while daring greatly…”

And if you’re a person of faith, you’ll also ask for Divine strength and wisdom, while putting feet to your prayers.

Look at the big picture and create a long-term battle plan.

Envision world peace starting in your own backyard. Can you picture the best version of yourself? What about your ideal family life? Successful people take time to think, plan, and dream.

First, make notes on the enemy within.

Make notes on your personal challenges by asking yourself good questions like these:

Prepare for attacks from the enemies without.

What times do you find yourself alone and vulnerable? Is it on breaks at work? Or is it when you go to the gym?  Do you have a recurring pattern of reaching for your phone in the middle of the night?

Then come up with a plan specific to each time and place.

Using accountability software is like donning your protective body armor before going into battle.

If your gaming system is a temptation, for another example, make a plan for gaming only to be accessible in the most public place in your home. Perhaps put the  gaming controllers in a locked box and give the key to someone else.

Take another bold step of courage — your smart defense strategy.

Choose to be accountable to a personal accountability partner. Our customers say this is the “hard initial conversation that leads to freedom.”  We know this requires courage. But joy and freedom is possible on the other side of that hard conversation. Having someone believe in you makes a world of difference.

“The factor of having a trusted accountability partner is a game changer, it stops me on a daily basis. So glad this exists.” — Anthony, customer of Ever Accountable

Accountability helps you break free from that fixed mindset and adopt a growth mindset. When you have trouble believing for yourself, your accountability partner can hold on to hope for you.

You’ll need just a few faithful friends who have your back and hold you to your goals. You don’t need to fight alone! Accountability is a weapon that has proven to be highly successful.

“Find people that you can talk with about how they achieved their goals and seek out and surround yourself with positive people.” — Lifehack.org

Mindset also matters to anyone who is serious about accomplishing goals. That’s why successful people hire coaches and personal trainers! A core strategy is to work on your mindset with accountability.

“Believe you can and you’re halfway there.” — Teddy Roosevelt (Again, I know, but too good to pass up.)

Accountability to positive people helps you stop being “your own worst enemy”.

Positive accountability and inspiration will feed your success mindset! You’ll feel legitimately good about passing your values on to the next generation, too. Your life will match your words. 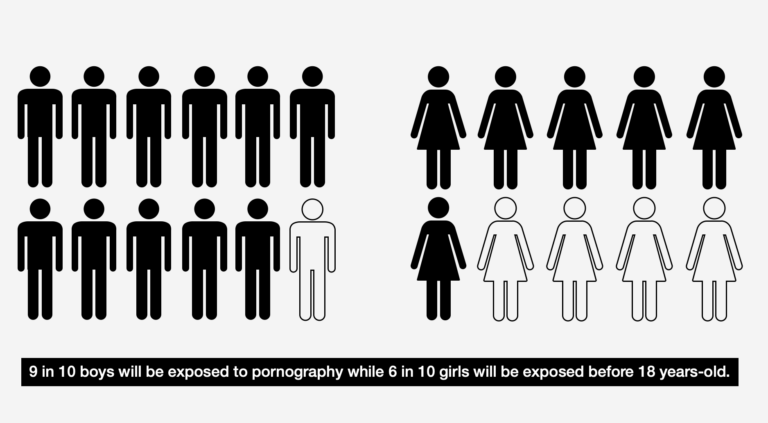 Protect your childrens’ hearts with love.

We connect with our children through face-to-face conversations and time spent interacting with them. T-I-M-E!

There’s simply no other way to keep the heartstrings between child and parent healthy and strong.

Bringing this back to full-circle, though, there’s no replacement for love. Did you know we’re each wired to give and receive love in different ways?

Here is a short, practical video to consider how to show your child meaningful love. No matter their age, it’s not too late to impact their lives with love.

Choose to be mutually accountable, too, as you model good digital citizenship.

Is it worth the effort? According to the National Institutes of Health (NIH), “The predictive effect of pornography on sexual behavior in adolescents has also been demonstrated.” The battle is worth it if you want to rear a mentally, physically, and sexually healthy and wholesome person.

Nurture our children’s respect for their own bodies.

Every day find ways to affirm your children. Look for ways to genuinely encourage them. Even the greatest Teacher said, “Fear not. You are of more importance than many sparrows.”

Instead of teens and tweens simply comparing themselves to their classmates, social media’s “toxicity comes from the very nature of a platform that girls use to post photographs of themselves and await the public judgments of others.” — Jonathan Haidt, social psychologist and author of The Righteous Mind

Since childhood is a time of developing identity and self-image, porn’s harms to the child psyche are probably vastly underestimated.

Instill respect for every person.

Consider another little-known, but growing problem — child on child sexual abuse. Robin Reber, who has talked to hundreds of parents facing this reality, says,

“Children simply do not just wake up one day and go touch another child sexually – it’s introduced, taught, learned and then explored. They are doing exactly what a child’s brain is set up to do–imitate. Except now we have an additional addictive component fueled by easy access to pornography that can inhibit normal sexual development in children.”

Even more telling is the testimony of a sexual assault nurse examiner Heidi Olson who works with children who have been sexually assaulted in a large children’s hospital in Kansas City, MO. She notes that the average ages of young perpetrators are between the ages of 11 and 15.

As Rachel Denhollander, author of What Is A Girl Worth, so eloquently says, “Who is going to tell these little girls that what was done to them matters? That they are seen and valued, that they are not alone and they are not unprotected?”

Even worse, it can lead to a rape culture by creating a complete inability to understand consent in a sexual relationship.

“For six years I had this deep dark secret that I hid from everyone. I thought I was the only girl in the world who had this problem, and if anyone ever found out they would think I was a freak.”  — “Jennifer” from Dirty Girls Come Clean, by Crystal Renaud

“Shame feeds into their belief that they are unworthy and unlovable. They don’t want to admit their faults and insecurities to us because they don’t want us to see them as failures.” — Barb Winters

Talk about how to handle sexting, too. Remind them that inappropriate photos can live forever on the internet. Unfortunately, sexting is wide-spread. This WILL happen, so help your teen prepare. One teen I know didn’t want to “rat out” her offending schoolmates, so she decided to save the pic of an animal’s rear end on her phone to text back. Stroke of brilliance! The sexting advances stopped coming. (It also saved her parent from being tempted by the sin of murder.) 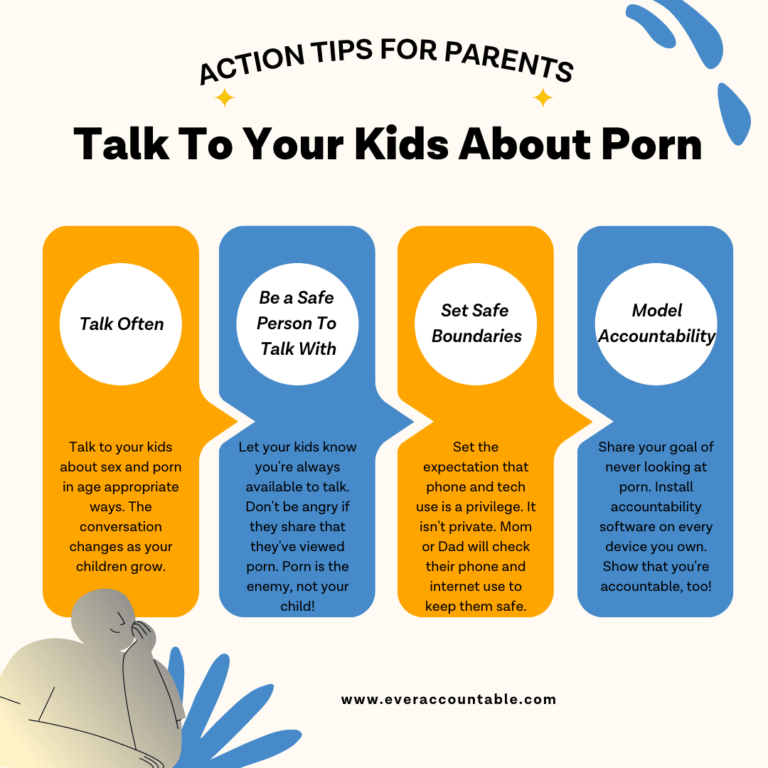 We believe you, your family, your relationships, and your future are worth the fight!

This time this is my fight song

Take back my life song

My powers turned on

And I don’t really care

If nobody else believes

Cause I’ve still got

A lot of fight left in me

A lot of fight left In me.

*”Ever Accountable’s blog is not intended to be a substitute for professional advice, diagnosis, or therapy, though we often link to medically reviewed studies.”