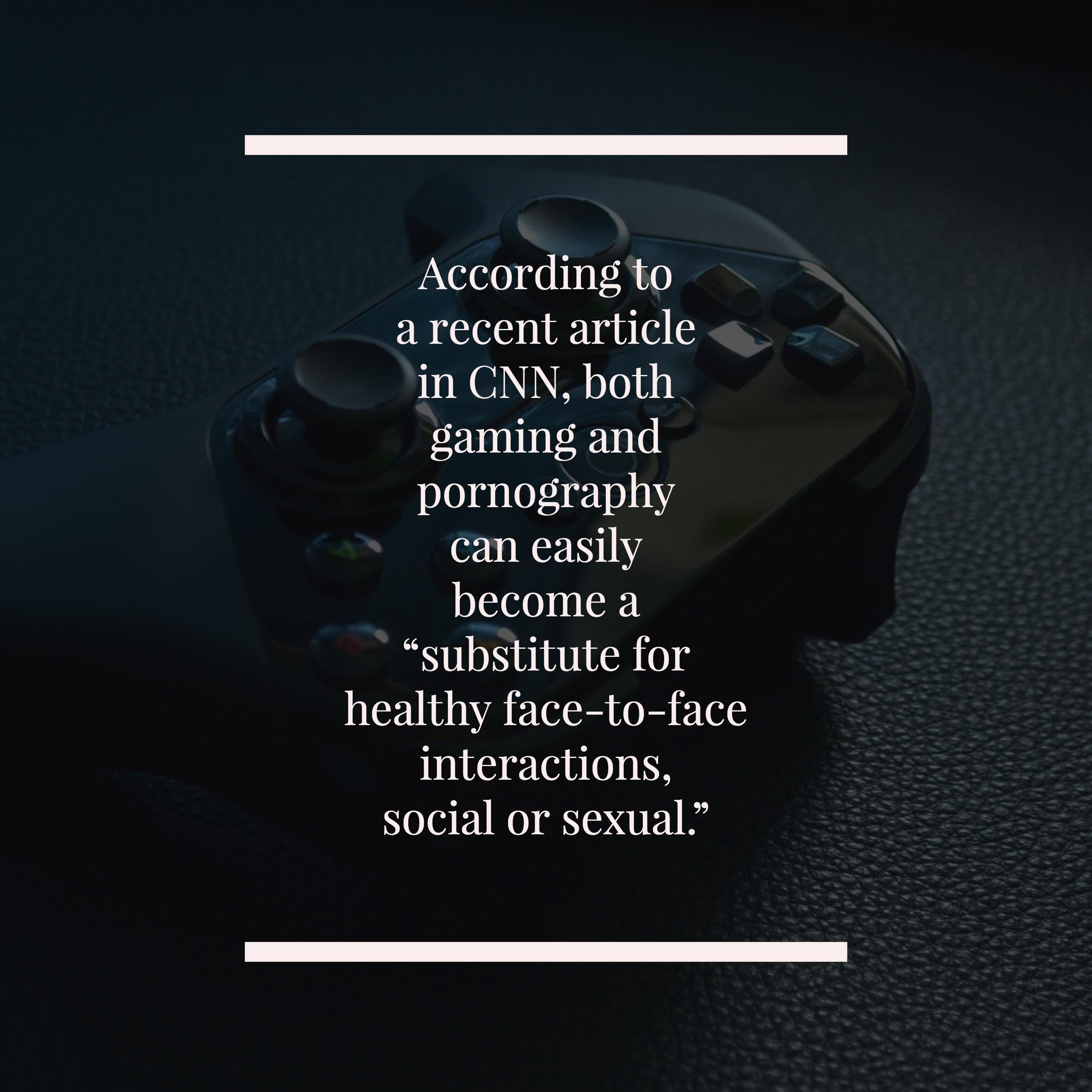 What about when they work together? Does gaming promote pornography use? Does pornography consumption encourage gaming? The internet is full of articles arguing both sides; on the one hand, they do work together and on the other, there is no evidence supporting that one addiction feeds the other.

While there is no conclusive, peer-reviewed research evidence that gamers are more susceptible to pornography’s addictive grasp or vice versa, there is enough anecdotal evidence to strongly suggest that someone trying to quit pornography should stay away from gaming, or at least be very mindful of what it is doing to them.

“I quit video games about a week ago, and it is helping to turn this streak into a solid one. The reason I could not have a strong commitment to nofap before is that games are a sort of escape from the stress of regular life. When I get temporary stress relief and excitement from games, I learn to want that relief and excitement all the time. Rather than being a substitute for masturbation, games perpetuate my habit of fapping. I plan to continue to totally abstain from video games until I am at least past my record of 15 days nofap, and will decide whether I want to resume after that point. So far as a result of quitting, I have experienced

I recommend that everyone on here, ESPECIALLY if you are a big gamer, avoid playing video games until you are satisfied with your current progress towards your goal.“

Interesting, right? According to this person, temporary stress relief from video games feeds into the stress relief he feels when fapping, which gets in the way of his primary goal of not looking at pornography. What’s more, there were multiple replies to this thread with similar accounts.

Video games and pornography are addictive and heavy users of both might have a harder time quitting pornography when they isolate themselves to play video games. What we are doing here is advocating for mindful gaming, not against gaming, for people hoping to give up pornography. We like the advice pastor Tim Challies gives on his blog, to play in freedom. 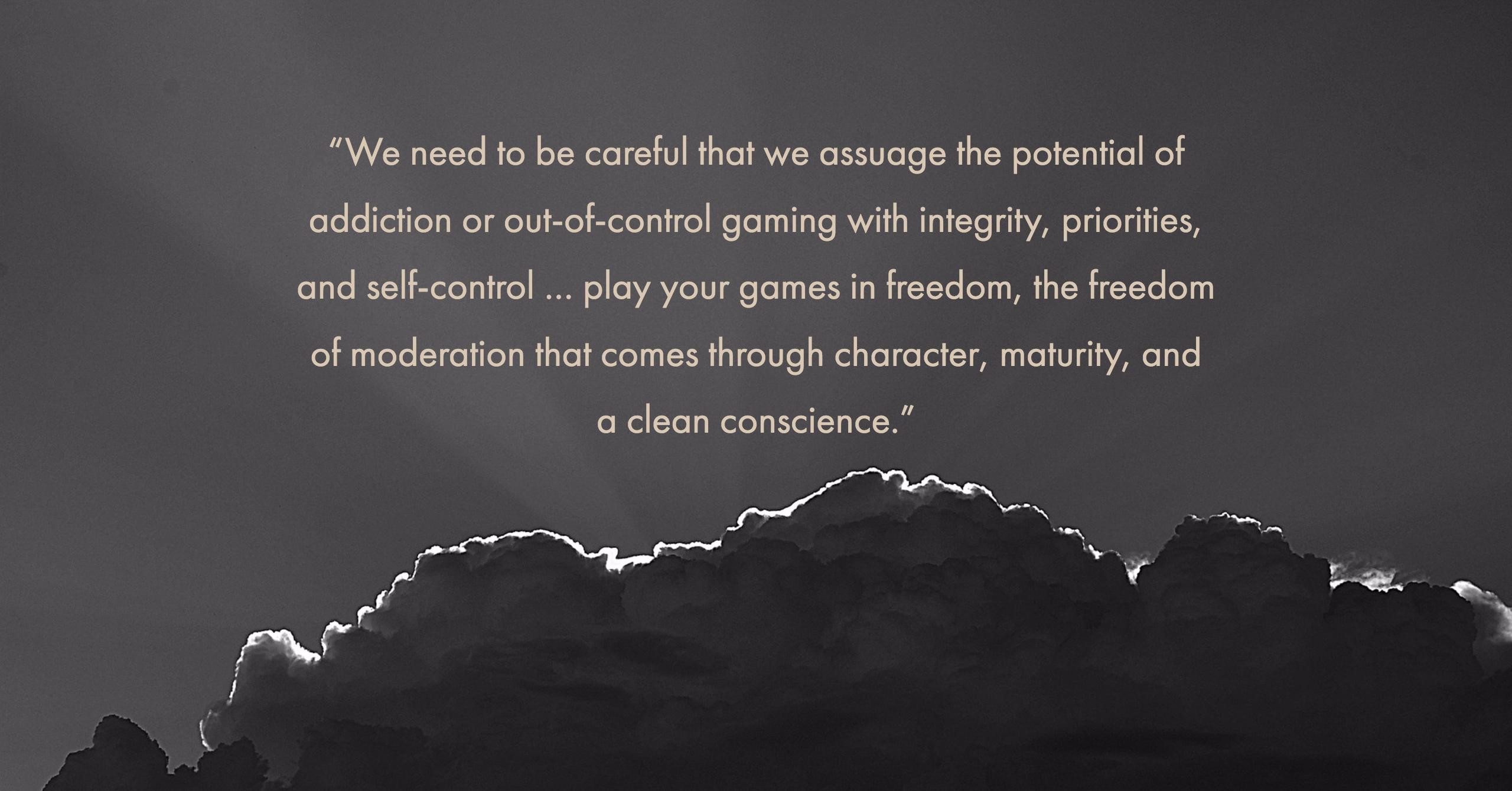 First off, Pastor Challies writes copious amounts about how much he loves playing video games. He never seeks to demonize gaming itself, but instead encourages mindfulness and accountability when playing.

He acknowledges that gaming bolsters addictive habits by engaging the reward system in the brain. He says that even when games don’t lead to total addiction they can become compulsive, isolating, and detrimental to a fulfilled and responsible life. He says, ”We need to be careful that we assuage the potential of addiction or out-of-control gaming with integrity, priorities, and self-control; play your games in freedom, the freedom of moderation that comes through character, maturity, and a clean conscience.” His advice sounds very similar to what we tell people about accountability: Ever Accountable advocates freedom through living life in the light of a clean conscience by staying away from pornography.

Live Life to the Fullest

Gaming and pornography are two extraordinarily different subjects, and the goal with this post is not to conflate them, but to shed light on how they might work together to hinder a persons recovery from addiction. Research (and everyday evidence) shows us that pornography is a massive distraction, usually done in secret, that causes guilt and shame. Such negative emotions hinder living their lives to the fullest; getting out there in the world and seizing the day; making goals and sticking to them when they get difficult; taking the time to listen, breathe, relax.

“It’s the idea of not getting anything done. It’s the idea that there are a ton of things more gratifying and productive.

Doesn’t mean video games are bad, it just means experiencing life to the fullest can be hindered by that. You can miss out on the outside world, less connected to it, become less creative, less hopeful. It should be balanced with things that make you feel good, fulfilled, and connected to people and the world out there.“

Any sort of addiction takes us away from feeling “good, fulfilled, and connected to people and the world out there.” It is our job as adults to examine our own impulses toward addictive materials. 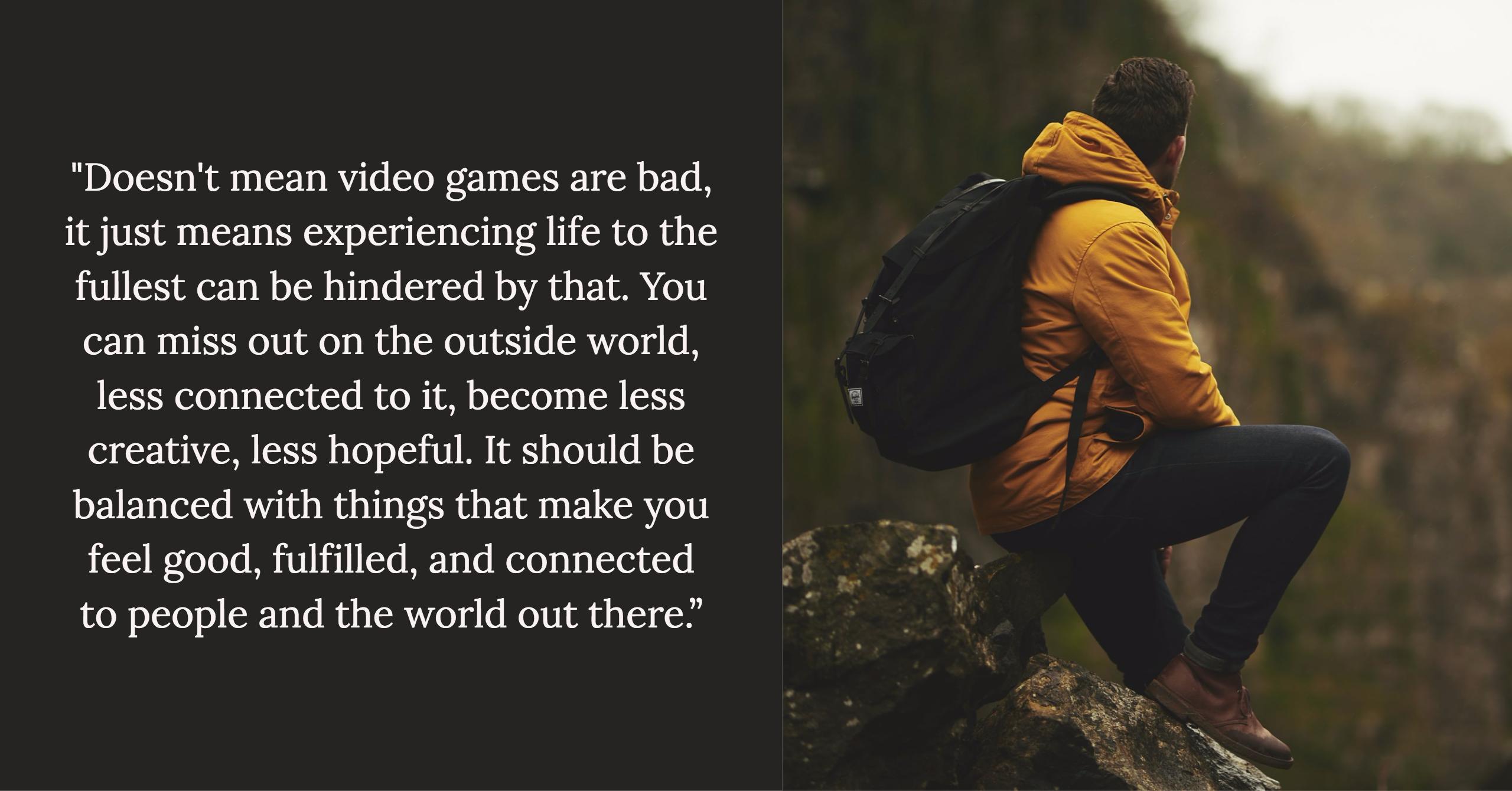 If pornography recovery is on your radar, taking it easy on the gaming seems like a sensible solution. Instead of reaching for the controls, take a walk instead. Breathe some fresh air.

You can do it!