Posted by Katie Patterson | How to, Pornography Facts, Prevention, Recovery

Triggers: The Why Matters

In order how to understand how triggers work and how to avoid them, the larger question of the why a person is triggered must be addressed. A preoccupation with pornography might begin as just that–a preoccupation/bad habit–but it can easily move into the realm of addiction. Leading research suggests that triggers point to the reasons many become dependant on pornography. Triggers, it turns out, are pretty important to understand. 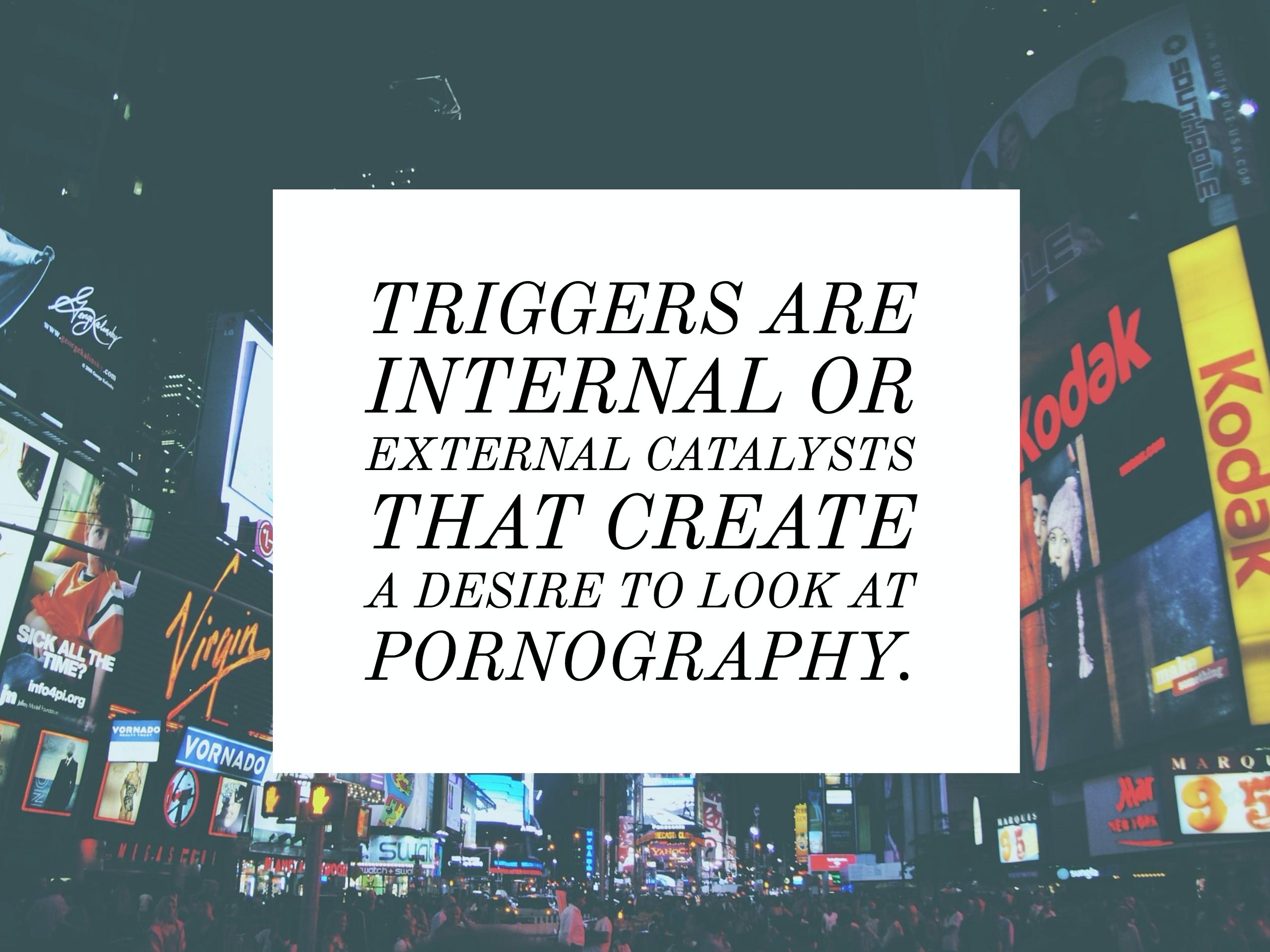 A recent study indicates that some of top reasons men give for opening their computer or unlocking their smartphone screen–the thing that triggers them before actually looking at porn–is to alleviate stress, boredom, and anxiety. This finding is in line with what experts have known for a long time: that many users look at pornography as an emotional coping strategy rather than merely seeking pleasure. Dr. Rob Weiss, a leading researcher of pornography’s effects says that “these individuals use [pornography] not to feel pleasure but to escape emotional discomfort.” It is a desire for emotional escape rather than a desire to “get high” that is the crux of all addictions and compulsive behavior.Thus, the more pornography is used by individuals to alleviate their emotional discomfort, the more they will continue using it in an addictive pattern and not deal with their actual issues.

In his book “Out of the Shadows” Dr. Patrick Carnes describes the cyclical nature of a dependence on pornography, or how this addiction begins, escalates, and eventually takes over a persons life. He describes four stages of sexual addiction that expert Weiss elaborates upon to give a clear picture of why this particular vice so easily begins to take over lives. People using pornography should take the time to understand how this cycle works.

Briefly, let us look at these stages more closely.

Dr. Weiss explains that triggers are catalysts that make a person need something to make them feel better. Catalysts can be many things including, “both emotional and physical discomfort, either short- or long-term. Depression, anxiety, loneliness, boredom, stress, shame, anger and any other form of emotional or psychological (or even physical) discomfort can easily trigger an addict’s desire to escape, avoid and dissociate.” So these feelings that are uncomfortable must be met in either a healthy way–like conversation with family, a therapist, etc.–or the person will move on to Stage 2.

After being triggered, the user becomes preoccupied “to the point of obsession” with sexual fantasies and desire to view pornography. Dr. Weiss says that at this point they will use unless intervened.

Dr. Weiss says that this stage is also called a”bubble” or”trance” because the person’s fantasies move closer to reality (like logging on to their favorite pornography site, or shutting the bedroom door and isolating themselves) and real-world concerns disappear. Ironically, it is this stage that gives users the high that they seek, not the actual acting out itself.

Weiss describes the sexual release as something users try to prolong because they are ultimately not after orgasm but an escape from emotional discomfort. Acting out ends the “high” and throws users right back in the reality of their day-to-day problems.

This is the big denial stage. It is where the user tries with all their might to minimize what they just did in order to avoid feeling what comes next. Here, the user tells themselves “If she treated me better I wouldn’t have too” or “It’s not cheating because I didn’t actually touch another person”or “This is personal, no one else’s business.”

Once denial abates, the user begins to feel shame, guilt, remorse and powerlessness against the addictive cycle they are spinning in. Weiss says it best:

“…whatever reality it was that they were trying to escape in the first place returns, bringing with it the self-loathing, anxiety and depression they were probably already experiencing. And, as you may recall, this is exactly the sort of emotional discomfort that typically triggers sexual addiction, which spins the self-perpetuating sex addiction cycle back into stage one.”

Know Your Triggers, Stop the Cycle 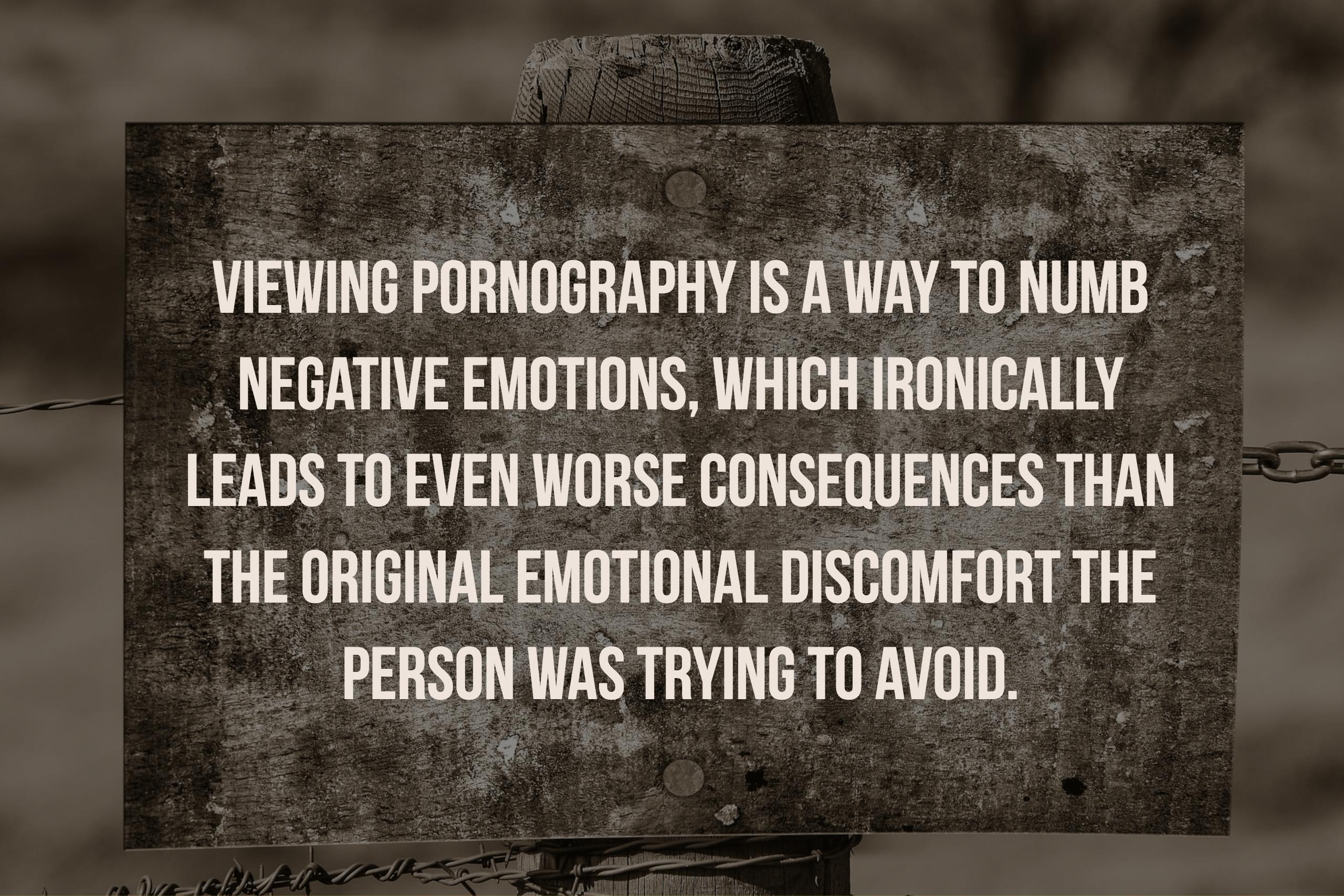 As we see, viewing pornography is a way to numb negative emotions, which ironically leads to even worse consequences than the original emotional discomfort. After using pornography, not only are those bad feelings still right there but then they can also add shame, secrecy, guilt, self-loathing, and all the potential dishonesty that comes with hiding an addiction.

Unfortunately, research suggests that there is no escaping triggers because they are literally everywhere, all the time. Looking at these lists makes it clear that a person can be triggered by nearly anything, making them want to look at pornography. The key to stopping the cycle before it starts is recognizing what triggers you and seeking help immediately.

12-step programs focus on this very important first stage to help people stop at the very beginning, because if it ends at stage one, then stage two never happens, neither does stage three, and so on. If not, says Weiss, the cycle “gathers momentum like a boulder rolling down a steep hill, which makes acting out sexually (and the consequences that follow) almost inevitable.” Because, as we just learned, once the user enters the “bubble,” their ability to follow an inner compass or heed the idea of action/consequence goes away. But, says Weiss, if the porn user learns their triggers and counteracts them before they take over, they have a “better-than-average chance for long-term recovery, meaningful healing and a happier, healthier life.” And that is what we are after with pornography recovery, a healthier life and more meaningful experiences.

According to Weiss, triggers are either internal or external. These are all about a person experiencing emotional discomfort, like fighting with a spouse, being berated at work, having a fender bender, etc. Those feelings trigger the need to look at pornography to numb negative feelings in much the same way a person would reach for a cigarette, drugs, food, alcohol, etc.

Recognize Your Triggers, Then ACT!

A simple way to start understanding what triggers a person is to mindfully pay attention to what their triggers are. You could ask yourself “what was I thinking about, or doing, or saying, or experiencing in the minutes before I logged on to my computer?” And then jot that down. Making a list will help you see clearly what sort of emotional discomfort you might be trying to numb.

Something else to do is immediately seek help once you feel the urge to look at pornography. Call your mom, your friend, go talk to your wife, your kids, just leave your phone and computer behind and immerse yourself in someone else’s company. You could also drop your phone on the kitchen counter or your desk and then take a brisk walk or better yet, hit the pavement with your running shoes, or go to the gym and treat yourself to a hard workout. Like putting out a fire that has engulfed you, stop, drop, and roll could be applied to triggers: STOP in your tracks, DROP your phone or laptop screen, and ROLL on out of there and into some other activity immediately. Put out the fire before it has a chance to start! 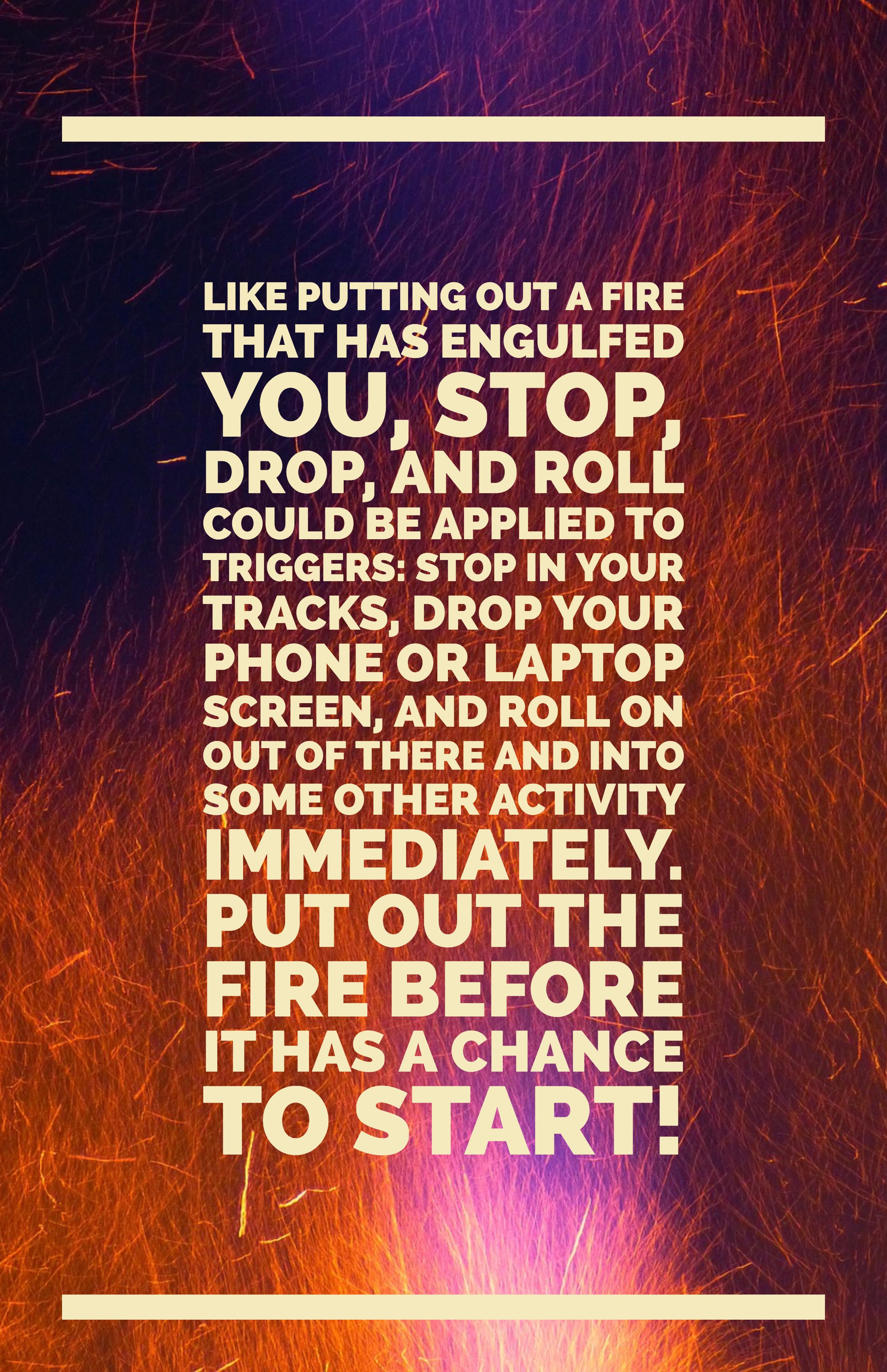 As always, we encourage pornography users to seek help. Emotional discomfort should be taken seriously and when dealt with effectively, helps to control the urge for addictive vices like pornography.

You CAN get a handle on your triggers and you CAN live a life without pornography!