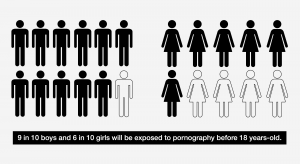 For the male children, almost a third will be exposed to pornography before they are 10 years old. Perhaps the most troubling part is that the majority of exposure (about two thirds of the group) is unwanted and unwarranted.

If that information does not convince you that internet accountability is crucial for your children, then I don’t know what will.

3 primary ways that children and teens find and watch pornography:

Stumbling upon pornography will often occur because of an errant Google search. Errant searches definitely top the list here. Odds are you have done this yourself. You go to Google to search for a person or movie (or almost anything) and start looking through the results to which you find a link to a pornographic video, image, or page.

Another unexpected place where children will often stumble upon pornography is in their email (if they have one). This is pretty common when you think about how much spam email is sent out. Doing a regular safety check on their email is important.

Sexting is becoming more widespread of a problem. Very few teen girls will make it through high-school without being sent or asked for nude photos, according to Nancy Jo Sales, author of American Girls: Social Media and the Secret Lives of Teen­agers.  Sexting is more serious than they realize, as sending a minor’s nude pictures is still considered illegal child sexual abuse materials (CSAM). It’s important to talk to your teens about sexting and potential consequences.

Unfortunately, if you (or a spouse, child, friend, etc.) have a search history that contains pornographic material, it will make it even easier for your children to have access to pornography when using your device. Even more, if you have downloaded any risqué pornographic content onto your computer, there is a high chance that your kids will find that media. Children are wizards with technology.

A growing number of adults are concerned about porn’s effects on children. There is still much to be researched on this topic. Some of the results are debatable, but there’s nonetheless a lot of strong anecdotal evidence about negative results.

In order to better explain porn’s effects on children, I want to briefly touch on a concept called neuroplasticity.

Neuroplasticity is the process by which your brain creates new neural networks by constantly reorganizing itself. Basically, this means that your brain is constantly optimizing itself to perform efficiently despite any loss to brain function due to age, injury, etc.

One of the known components of neuroplasticity is that as we age our brains become less plastic, and resist change at a higher degree than when we were younger. Children’s brains are developing rapidly. Neuroplasticity is at its highest during our childhood and adolescent phases. Then it decreases continually for the remainder of our lives.

“Once such a critical period ends, there is a precipitous drop in the
number of connections that are maintained, and the ones that do remain
are the ones that have been strengthened by the appropriate sensory
experiences. This massive “pruning back” of excess synapses often occurs
during adolescence.” — Britannica.com

(Please note that this does not mean that we cannot change our brains, or ways of thinking, once we are older. It just means that our brain cannot restructure itself as easily).

This also means that our children’s brains are literally being shaped by their experiences. As most of us know, those experiences will determine much of their character throughout their lives. 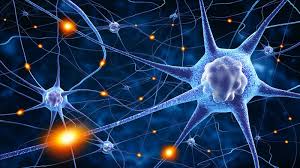 So, due to the high neuroplasticity, any values or ideas that are learned from pornography will have a lasting impact on children’s lives if they are not addressed appropriately.

In addition, habits built during this time become the triggers that drive the continual use of pornography as we age. (For more information on triggers, check out our article about them here). 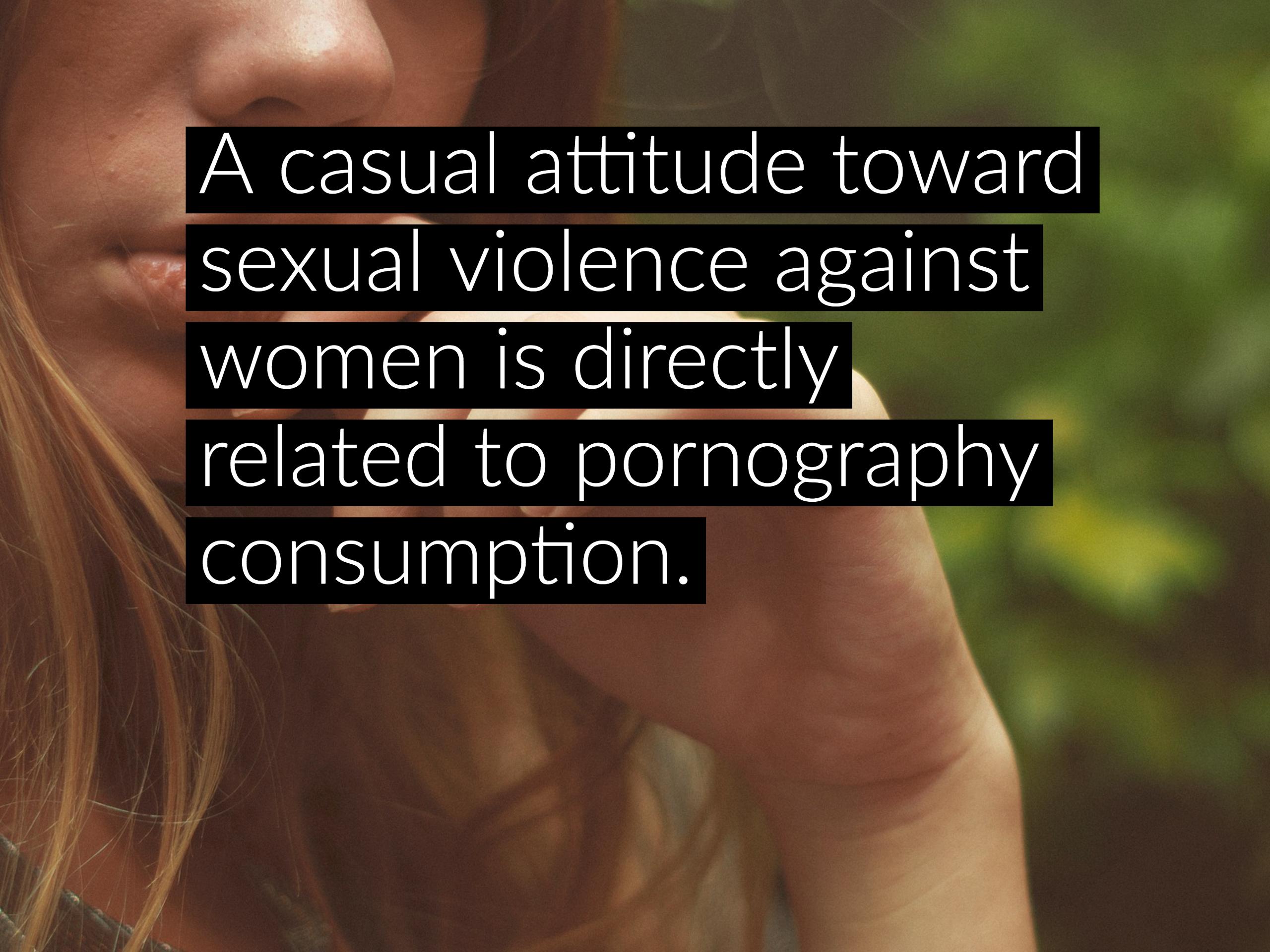 Pornography portrays women (and men) as enjoying degrading and/or violent sexual encounters.  This can influence young men to believe women might enjoy being raped–or that they would welcome it. Naturally this could create laissez-faire attitude about rape in general, that it is not a big deal.

Statistically, 2 out of 3 victims of child sexual abuse are between the ages of 12-17, according to Rape, Abuse, & Incest National Network  RAINN,  the nation’s largest anti-sexual violence organization.. As a parent, the following statistics from RAINN should concern you even more. Even though rape statistics have fallen, the fact that females 19 and younger are 4 times more likely to be victims of sexual assault is pandemic-level and catastrophic. 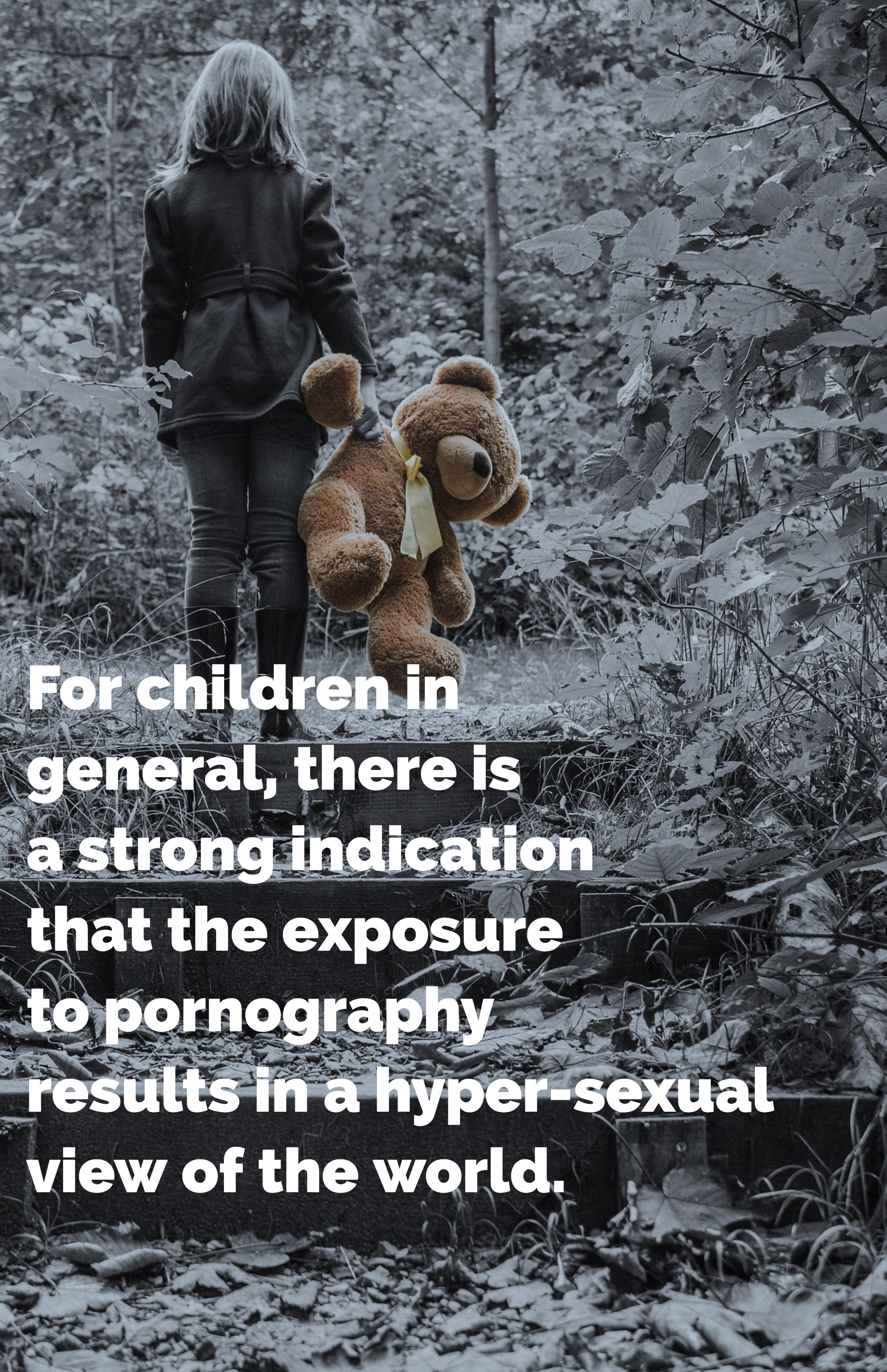 For children in general, there is a strong indication that the exposure to pornography results in a hyper-sexual view of the world.

The subjects tended to have a high rate of devaluing marriage; they are twice as likely to believe that marriage is unimportant. One reason researchers give is that children see their parents with multiple sexual partners both in and out of a marriage. Thus children are open to multiple sexual partners before marriage, as well as infidelity in a committed relationship. And why would this come as a surprise?

Pornography commercializes and devalues the role of sex in our culture. When you adopt the view that pornography is normal and acceptable — to have sex with whomever you want, whenever you want — then the ideals of long, committed relationships with a single partner are valued less highly.

More than anything, the pornographic worldview creates a culture of recreational sex. It destroys the basis for intimacy and promotes infidelity for both sexes.

Shameless conversations as a preventative measure

The only way to overcome these effects is to talk with your children about sex, values, and pornography in a healthy way that does not promote shame.

Finding a way to meet your child where they are at, without forcing them into isolation due to shame is hugely important. Offer an “ask me anything you want to know about sex” opportunity.

2 Responses to “How Pornography Affects Teenagers and Children”