Posted by Katie Patterson | Customer Stories
Reading Time: 10 minutesMy name is Christian Eason, I am 27 years old and I grew up in Conception Bay South, a town in Newfoundland and Labrador, Canada. Currently my wife Melissa and I live in CBS and we have two beautiful children, my son Benaiah and my daughter Railene. We have two Dachunds(or as I like to say Wieners) Asher and Levi, both are great dogs and quite comical.  Both myself and my wife went to Holy Spirit High School in CBS and that is where we first met. I enjoy reading and learning about military history, particularly World War II, but I have many other hobbies like hunting, shooting, building military models and hanging with my family.I mentioned in my Google Play review for Ever Accountable that I struggled with pornography for years. It has been up and down struggle for a long time until recently.I was first introduced to pornography when I was 13 years old. My brother's friend managed to get a hold of his father's pornographic magazine and he snuck it into a shed where we looked at it. Honestly at that age I did not know much about porn or sex so it was just a weird experience. However, by the time I was 14 my brother had looked at it more and I remember my mother questioning him about it. I grew up in a Christian home, and that stuff was off limits. I myself am a Christian and I know what the Bible says about sexual immorality and how it can destroy you. Well even growing up in a Christian home did not stop me from looking at porn. One day I was playing a video game on the computer with a friend and instead of going to the URL we had typed in, both my friend and I were bombarded with pornographic images and videos. We clicked and we clicked out of"curiosity", and as the saying goes, "curiosity killed the cat." After my friend left, for days afterwards I felt this burning sensation, like a flood of adrenaline going through my body and I would go back to that site again and again. 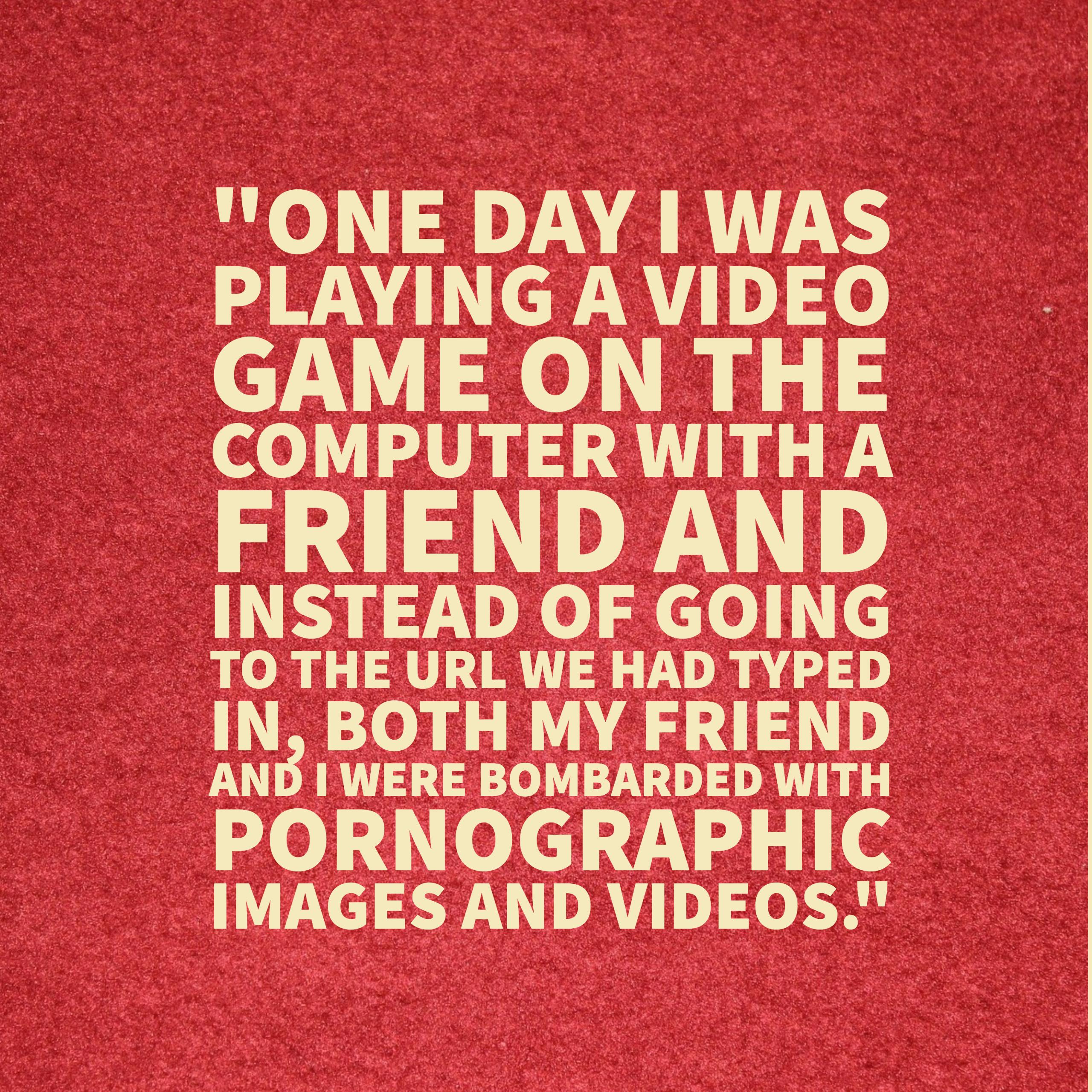 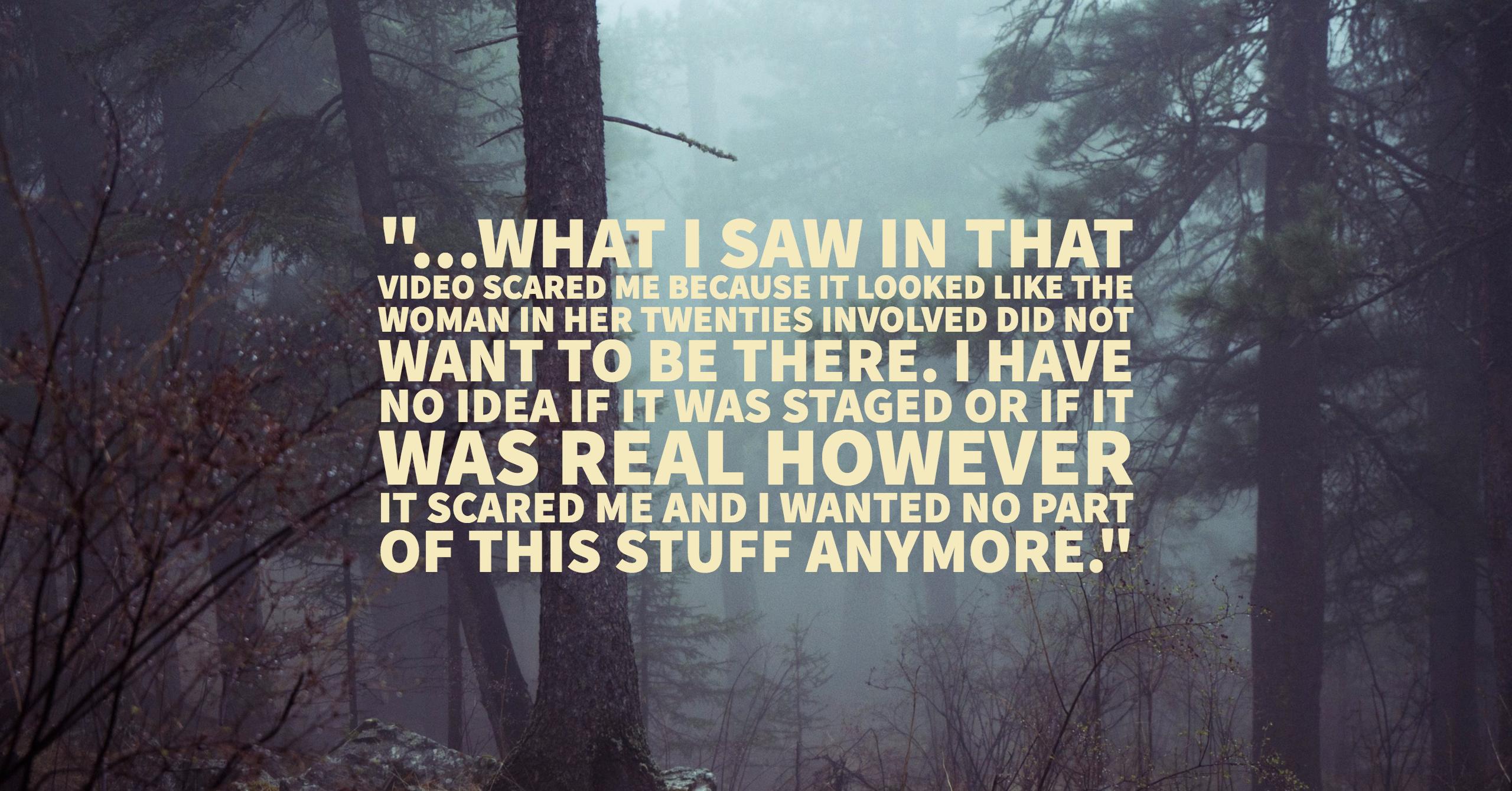 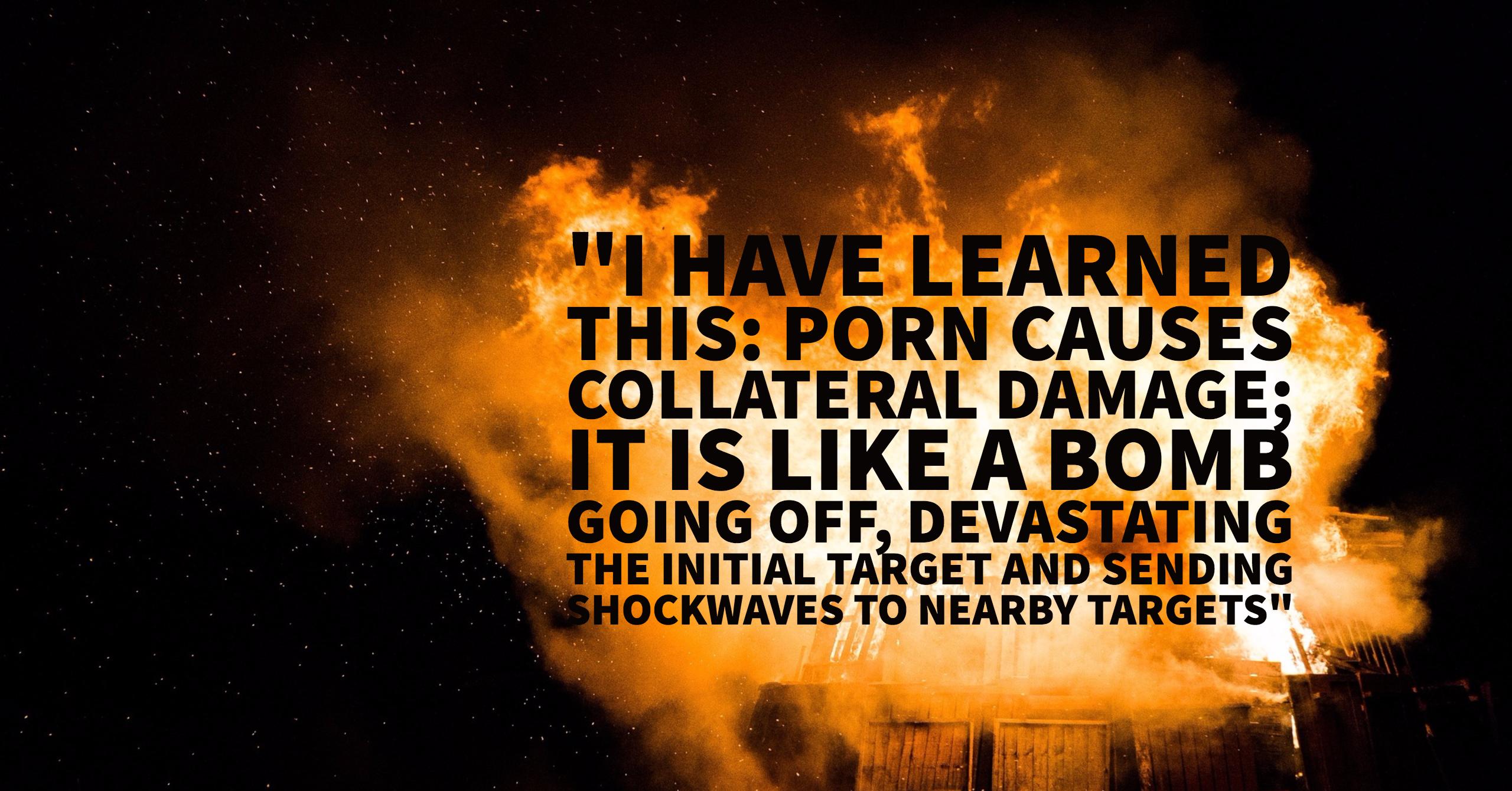 Now I have to lay some background information because without it my story would not be accurate. I am a Christian and I believe in Jesus Christ. I believe that what is in the Bible is true and I follow it the best that I can. Jesus taught a lot about staying away from sexual deviance, like adultery, and the Bible is full of this advice: "Drink water from your own well,  share your love only with your wife. Why spill the water of your springs in the streets, having sex with just anyone? You should reserve it for yourselves. Never share it with strangers." Proverbs 5:15?-?17 NLT "But I say, anyone who even looks at a woman with lust has already committed adultery with her in his heart." Matthew 5:28 Why did Jesus say this? I believe since God knows our hearts He has given us a warning that looking at women (or men) in a sexual manner does damage to your heart as well as your body.One side effect from pornography I have experienced has been depression; I thought a few times I could not overcome it, often with the thought, I am doing all that I can to beat this, why is this not working? Many times I became easily agitated/irritable especially after looking at porn the day of and also the day after. I remember once I had looked at porn after only a few days before saying to my wife that I was "free" from it; she was overjoyed and we had a wonderful next couple of days. Then I felt the pulling feeling inside and I looked at it. I broke down in tears right afterward, crying out to God and I remember a thought coming into my head that "You're a failure, why don't you just end it?" Then I remembered that there is a devil in this world and I am a child of God so I am not going to give into this temptation. I got up from my bed, read my Bible, prayed and walked out into the living room, packed up my computer and put it away.Needless to saying months down the road the temptation came back and I looked at porn again.Finally, to sum up my experience (which this is only a snapshot of my journey). When we were in a restaurant in December 2016 Melissa said she needed to tell me something. Thoughts flooded my mind as to what was coming, and I knew it was not good just by the sound of her voice, a voice that was hurting. She said that when we are together she is not feeling love anymore, and she held back the tears but I could hear from her voice she was crying inside.All of a sudden it was all coming together, it then clicked"I am destroying my marriage, I am destroying my love and intimacy and doing the same to my wife." The lie of pornography is that its just you and a computer, viewing images and videos without anyone knowing. Well its exactly that, a lie. She then told me that something had to change because she felt hollow inside. I was in shock. I sort of knew this would happen and didn't want to accept it, but actually being confronted head on with it was like getting smacked in the gut. We decided we needed to go to counseling with our pastor, a place where we both felt safe. It was through counseling and searching for a good accountability software (because I found the others did not work) that I found Ever Accountable. 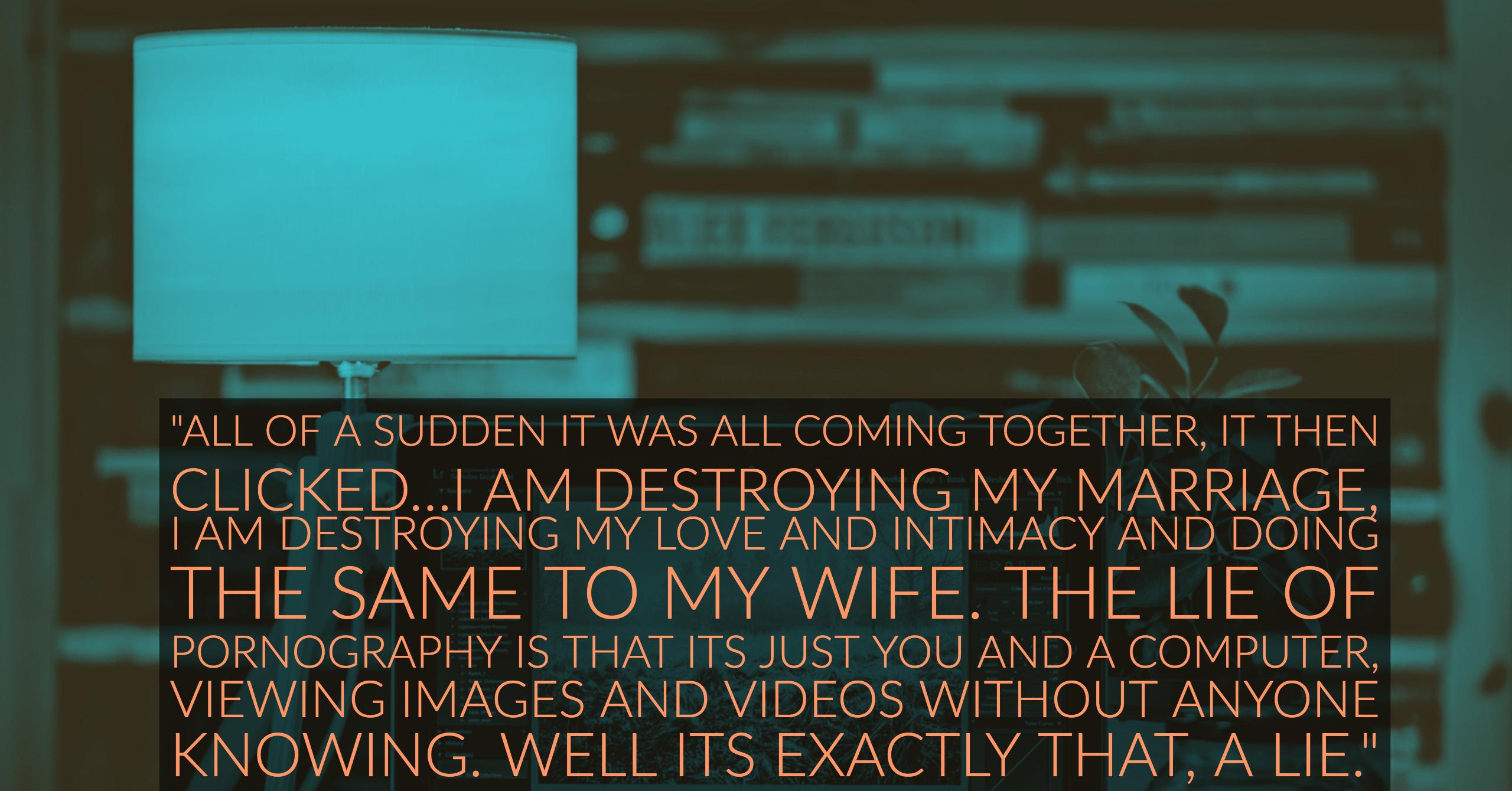 Ever Accountable is not the primary reason for beating pornography in my life but it is a catalyst in the fight against porn. Honestly its my relationship with Christ; it's through Him I find purpose, it's through Him I find Grace, it's through Him I find my strength. My wife has been my companion and support through this, my Pastor has heard our story and our hearts desire. Ever Accountable has been a wall that is up that helps block the temptations and sudden urges from getting through, and that is what I badly needed and that is why I say it is excellent software. When the thought comes now, I think "Hold on, whatever I look at will be shown to whoever is on my accountability list." I then start to feel the urge dissipate.  Currently I have my wife and my Pastor on my list. Knowing that what I look at will be seen, it takes a shot at that pull I described. I am reminded of the scripture "For the time is coming when everything that is covered will be revealed, and all that is secret will be made known to all." Matthew 10:26b NLT. We have Ever Accountable on all our devices, and whatever does not have it has a password. So knowing that everything will be shown, if I tried uninstall it would send an email, if I go in an app it will flag anything, there are no loopholes. We have another app that locks the ability to uninstall the app, which also has a password on that so its a double safe feature. Honestly I have never used such an amazing product.What is it like day to day? It's a battle. I still face temptations, every now and then I am met face to face with sexual stuff, but I find I have a strength that I never had before. As Pastor Levi Lusko says, "Now shouts louder, later lasts longer." I keep that in my mind. I have greatly limited things I watch and time spent on technology. In a world today where we are bombarded with sex, it is hard to do. Using this app is a tool, not a solution. If I really wanted to I would find a way to get around it I could (buy a new device?) but I do not want to because I love my wife, my family, and I do not want my son or daughter walking down the road I have been through for 14 years. However I can honestly say since installing the app in January 2017 I have only looked at porn once. I am not downplaying anything but even that one viewing was a couple of pictures not videos (which is huge for me, because as I said earlier, I moved away from the pictures when I was about 17). I honestly feel I am walking in freedom. My relationship with my wife is being repaired, ten times better before January. I feel when I lay back in bed at night there is no one in my mind or between us. 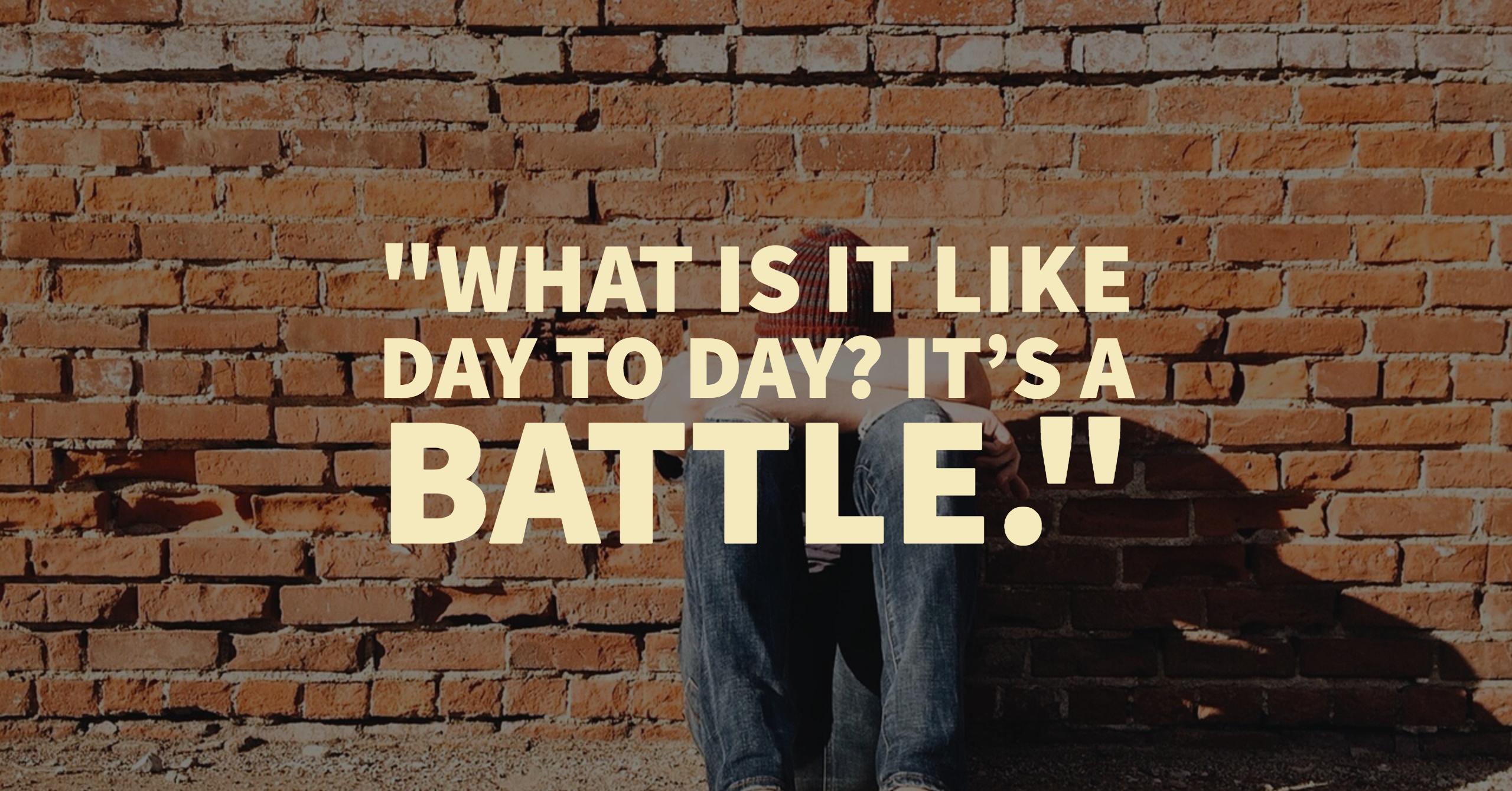 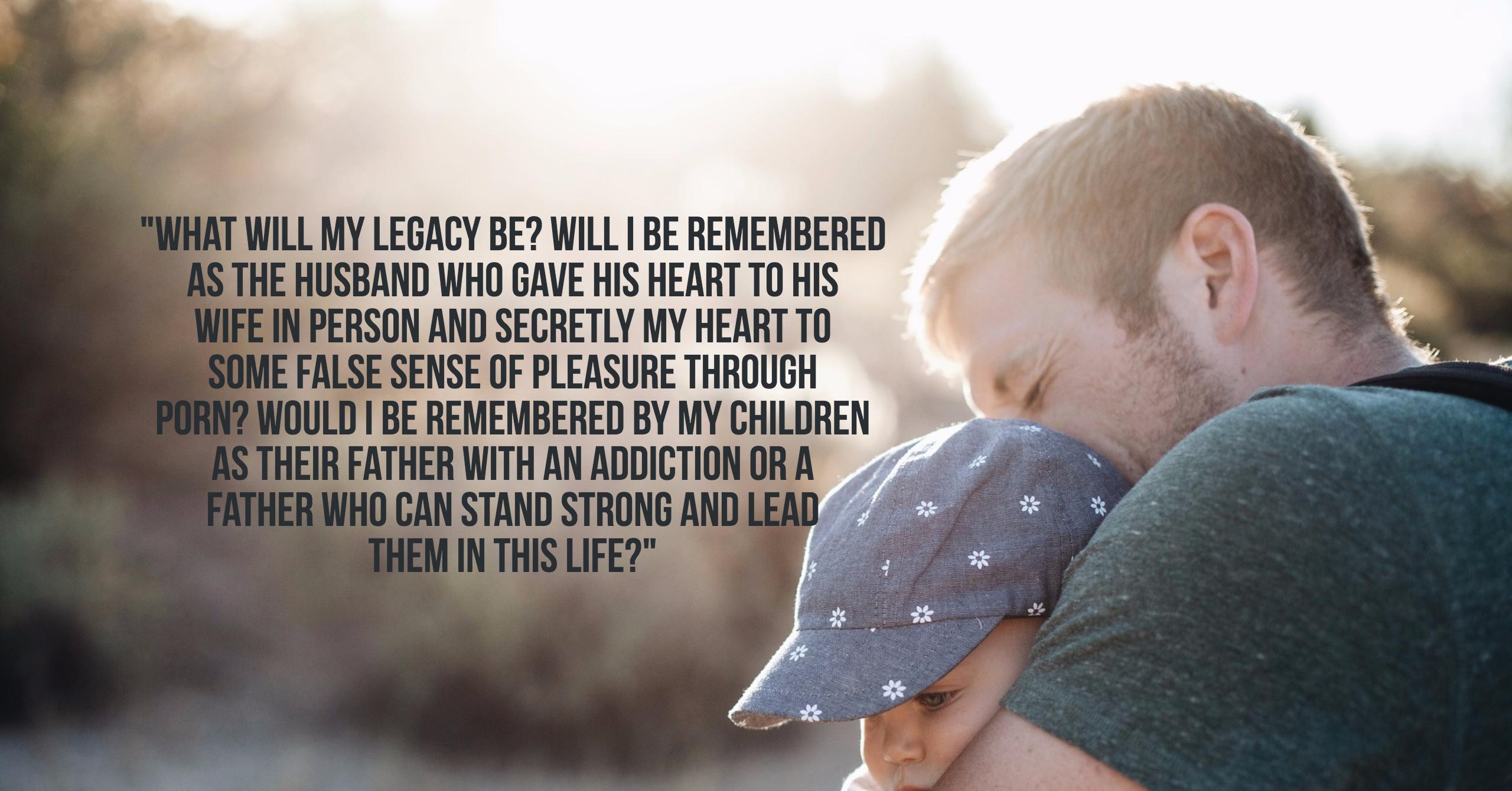 To end off my story, I want to say Thank You. Thank you to the person who developed this software, thank you to the developers and designers, thank you to the staff that work daily for helping those like me break free from this curse and live a life of freedom. My wife thanks you, on behalf of my children they thank you, and I pray that God will bless your company and make you all prosper. Be blessed with knowing you are helping people recover and stay free from the plague of our time.Sincerely, Christian Eason