Now, more than ever, after living through a world-wide, once in a century pandemic, mental health issues are rampant. We need to strip away the surrounding stigma and talk.

To quote PornHub’s boasts from their own data: (2019 Year in Review report)

Ready for a worthwhile yet challenging conversation?

Here are some questions you may have.

These are legitimate questions which deserve an answer based on research. Actually, there’s quite a few studies we can tap into to help answer these questions.

Brain science, or neuroscience, is a complex and ever-evolving study. Neuroscientists frequently study how the brain talks to the body by watching how the brain’s neurons fire in many different scenarios, for example.

What’s the BIG deal with dopamine?

Dopamine is a neurotransmitter that helps you feel happiness and well-being. Known as the “pleasure chemical”, it’s like chocolate for the brain (or whatever your favorite food craving may be).

Dopamine release is tied directly into your midbrain’s ventral tegmental area (VTA). Simply put, your personal reward center  — the VTA —  releases dopamine when you feed it sensory stimuli. Life’s pleasures like enjoying delicious food, a gorgeous sunset, or laughing with friends give us a natural high due to dopamine release.

The more intense the pleasure, the greater the dopamine release.

Normally, this process encourages you to pursue healthy food, friendships, and lifestyle. You feel good, so you feel more motivated to succeed. Is there such a thing as too much dopamine release? Science says YES. Unfortunately there’s more bad news. 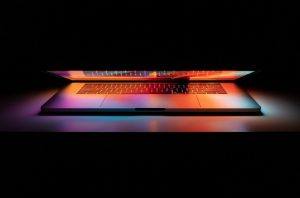 1.) Too much of a good thing — excessive dopamine-seeking does harm to the brain.

The problem with dopamine release occurs when your brain can’t tell the difference between a good, natural high and an unhealthy high.

Let’s be honest. Sex is designed to be one of life’s most natural and intensely pleasurable experiences.

2.) Production of excess delta FosB, the “binge mechanism” in the brain, creates a brain groove.

“One potential marker of the neural changes that accompany compulsive drug use and behavioral addictions is a protein called delta FosB.”

In this 2017 WebMD article Dr. Christman, staff urologist with the Naval Medical Center in San Diego states, “Sexual behavior activates the same ‘reward system’ circuitry in the brain as addictive drugs, such as cocaine and methamphetamines, which can result in self-reinforcing activity, or recurrent behaviors.”

Psychology Today lists ten symptoms of addiction. Item number ten on this list notes that behavioral addictions are as real as substance addictions, based on similar reward-motivated behavior patterns.The fact is, behavioral addictions include a pattern of repetitive, compulsive use fueled by an ever-growing need for dopamine.

Other  symptoms of an addiction include:

4.) Loss of gray matter in the prefrontal cortex over time leads to “addiction-centered” decision making and lack of self-control.

This is concerning if you value your mental health. Gray brain matter normally helps us make decisions and exercise self-control, among other important functions.

Anhedonia (loss of normal sexual pleasure) and anorgasmia (inability to orgasm) may occur because the brain is no longer aroused in a normal fashion.

“It’s not just clinicians who hear these complaints. The website yourbrainonporn.com, a popular forum for males struggling with pornography, has quite literally thousands of posts discussing ED and other forms of male sexual dysfunction — delayed orgasm (DE), inability to reach orgasm (anorgasmia), and even a loss of pleasure in general (anhedonia),” says Weiss in a 2017 Huffington Post article.

You or a loved one may be losing health, sleep, time, and money as well as struggling with depression, loneliness, and compulsive sexual behavior due to pornography addiction. Mental health issues also deeply affect important relationships, creating feelings of isolation.

While compulsive sexual behavior is a hard challenge to face, you CAN create new pathways in your amazing brain. Just like fixing any other problem, though, you’ll need to be willing to first admit your need for help.

Understand that recovery and brain rewiring are long-term projects.

Choosing to become accountable to a trusted friend or partner creates a lifeline of connections and healthy conversations.

“I was caught in pornography for many years and while I knew that I disliked the compulsive behavior, I wasn’t sure how to end it. Being a female addicted to pornography felt taboo, but I became more empowered as a I learned about the brain chemistry underlying the behavior and experiences from my childhood that shaped my beliefs about myself and relationships. Through inner healing classes/counseling, self-reflection, accountability, and positive coping skills I’ve found freedom from pornography.” — Anonymous

Literally hundreds of Ever Accountable fans have shared similar success stories with us.

Have you ever wondered how YOUR life could change?

Don’t just take our word for this, though. See how holding yourself accountable can forever improve your life.

What if you were finally able to focus on healing relationships?

“…The biggest benefit of having this is the reports. It shows that I can be trusted once again. That’s very important to me. My family means everything to me. I have broken trust and am slowly earning it back.” — Anonymous

“Your program has helped save my marriage. It has been highly effective to keep me away from pornography. — A happy Ever Accountable user

What if our accountability app could bring YOU hope and freedom?

I’ve found freedom from pornography and hope to one day be a light for other women who live in that same dark place and are looking for a way out.”  — Anonymous

“… I now am a more social person and someone who does more activities with others. Ever Accountable has, in short, changed my entire life for the better….Thanks from the bottom of my heart, “ — David

Start your journey to freedom by clicking here today.

Austin. “What Is DeltaFosB and Is It Involved in Addiction?” Brain Stuff, Brain Stuff, 20 Feb. 2020, brainstuff.org/blog/deltafosb-drug-addiction-signaling.